1932 - 2012
Awarded Posthumously
Priscilla Perry was an early pioneer and advocate for women's rights, social justice, and a visionary in studying the problems and needs of elderly citizens. She established one of the nation's earliest centers for the study of aging which brought disciplines together to develop innovative and creative responses to needs of older citizens. She played a leading role in the planning and development of the Southern Gerontological Society (SGS). She was one of the original three subscribers to SGS's Articles of Incorporation in 1979 and continued her contributions through taking on leadership roles, committee assignments, finance issues, and member recruitment. 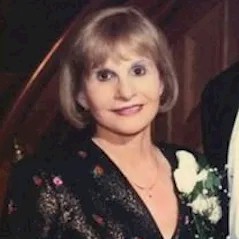 Born in Massachusetts, she moved with her parents to Florida during her teen years. She completed her Bachelor of Arts and Master of Arts in Public Affairs at the University of Miami (UM). She began her early career working for the Anti-Defamation League to monitor anti-Semitic and Klan activities during America's Civil Rights Movement in the late 50s and early 60s in Florida.

In the academic arena, she had a dual appointment in the Department of Family Medicine, University of Miami Medical School and the Department of Human Relations. In 1968 she directed the Center for Urban and Regional Studies; in 1975 she became founding director of the Institute for the Study of Aging which coordinated and developed the University's aging activities related to research, academic training, and community service. The Institute did early research on the migration of older adults into Florida and their myriad needs to maintain health, housing, safety, and financial security. She founded Miami Interaction published by UM which chronicled efforts to address urban problems. She identified child-care needs of working mothers at the university and founded Canterbury Day Care Center. She was a noted author, lecturer, and speaker at state, regional and national conferences. Later she became a highly regarded lobbyist on the national and local stage, specializing in transportation issues.

She served on many local and national committees and boards, including the Hospice Foundation of America. Mrs. Perry is survived by her daughter, Pam and her son, Aaron and grandchildren Allie, Annie, and Adam who she described as the "best in the world."