Dr. Leonard Poon received his BS in systems engineering at California State University, the M.A. in psychology and Ph.D. in Experimental Psychology from the University of Denver. As a Post-Doctoral Fellow at Duke University's Center on Aging he focused on psychophysiology, neurology, and gerontology. After a distinguished career in education, research, publication, and administration he retired in 2011. He is now Distinguished Research Professor Emeritus in Gerontology, Public Health, and Psychology at the University of Georgia.

Prior to joining the University of Georgia in 1985, he worked for three years as a systems engineer at Lockheed Missiles and Space Company, and 12 years as a faculty member at the Department of Psychiatry, Harvard Medical School, Massachusetts General Hospital, and the VA Outpatient Clinic. 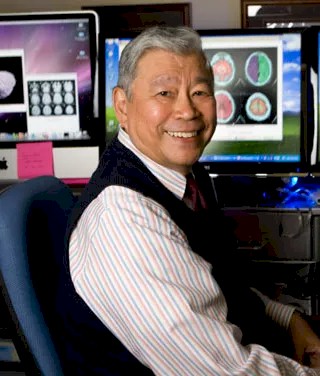 His teaching and research focused on longevity and survival of the oldest old and normative and pathological changes in cognition and aging. His major research project in the last 20+ years was the NIH-funded Georgia Centenarian Study that examined the influences of nature (genetics) and nurture (functional capacity, neuropathology, and psychology) on longevity and well-being.

His research fostered international collaborations throughout his career. He established a centenarian DNA and a centenarian brain bank to share with international scientists. He was a Fulbright Senior Fellow to Sweden, a Senior Research Fellow to Japan, as well as having research collaborations and consultations throughout Europe, Asia, and Australia.

He is currently the executive director of the International Centenarian Consortium with active collaborations among scientists from 7 countries as well as a member of the Academic Board of the Borchard Center on Law and Aging. He has been the president of the international jury for the annual Longevity Prize from the Ipsen Foundation, Paris. Favorites among his recognitions are the Phi Kappa Phi Honorary Society's Love of Learning Award that reflected his love of mentoring and an honorary doctorate from Lund University, Sweden, for his life-time research achievements.

The Southern Gerontological Society has been the recipient of his talents serving in positions of leadership, board member, and president 2003-2004. He is being recognized for his service to SGS and his dedicated commitment to gerontology through research, teaching, and mentoring young scholars in this evolving field.