Dr. Mitchell is a native of Minnesota, the "Land of 10,000 Lakes." He attributes growing up in a small remote town surrounded by vast wilderness areas, being raised in a single-parent household with times living with his (Finnish) grandmother, and a self-sufficient extended family members to his attraction to the outdoors and rural communities, interest in social science and aging, and pragmatic approach. He received his undergraduate degree from Bemidji State University (Minnesota), graduate degree from the University of Wyoming and doctorate from Oklahoma State University. Following Pre-Doctoral fellowship with the Midwest Council for Social Research on Aging, he joined the faculty of East Carolina University Department of Sociology in 1980. 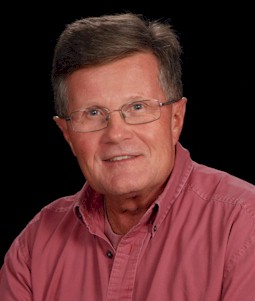 His research and writing is based in Eastern North Carolina, describing and explaining disparity by race, gender, and residence in health outcomes, preventive health behavior, and access to assistive services among community-dwelling older people. Jim is a proponent of research grounded in academic-community partnership as a means to methodologically and theoretically enhance gerontological and social science research. Jim acknowledges support for his work from foundations, private donors, the American Cancer Society, and NIH institutes including the National Cancer Institute, the National Institute on Aging and the Agency for Health Care Research and Quality in several multi-year primary data gathering initiatives including in-home interviews with over 6,500 older adults. Jim was Director of the Center on Aging of East Carolina University's Brody School of Medicine for 25 years and Associate Director of the UNC Institute on Aging for 12 years. He was elected Fellow of the Gerontological Society of America, and Founding Fellow of the Association for Gerontology in Higher Education.

Dr. Mitchell is an active member of SGS serving on various committees and leadership positions. He was awarded the Southern Gerontological Society's Academic Gerontologist Award in 2000, served as Editor of the Journal of Applied Gerontology from 2003-2007 and President of SGS from 2009-2010. As editor he oversaw operation of the journal, and worked to expand the journal's direction and scope to encourage not only traditional quantitative research articles but qualitative research and practice reports to enhance policy development and applied practice. He is active in the development of new scholars by encouraging presentation at professional meetings and writing for publication. This is reflected in successive SGS workshops on how to write for publication success, or informal conversations with prospective authors at SGS annual meetings.

He was recognized as a 2013 GRITS Honoree for his dedicated service to SGS and as a role model for future generations interested in the advancement of knowledge and practice in aging through applied research and publication.