Dr. Rowles is a native of Britain but has established firm "roots" in the South. He is currently Director of the Graduate Center for Gerontology and Chair of the Department of Gerontology at the University of Kentucky. He is Professor of Gerontology with joint appointments in Nursing, Behavioral Science, Geography and Health Behavior. He has a BA and MSc from Bristol University in England, and a Ph.D. from Clark University.

His research focuses on the lived experience of aging. This work is exploration, employing qualitative methodologies, of the changing relationship between older adults and their environments with advancing age and the implications of this relationship for health and wellbeing. He has conducted in-depth ethnographic research with elderly populations in urban (inner city), rural (Appalachian), and nursing facility environments. Recent research includes leadership of the Kentucky Elder Readiness Initiative (KERI), a statewide project to explore the implications for communities of the aging of the Baby Boom cohort. 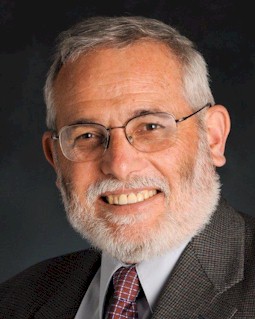 He has also begun to focus his work on combatting ageism and gerophobia which he views as resulting at least in part from gerontological illiteracy. He is prolific author, lecturer and recipient of numerous private and national grants. He was founding Director of the Graduate Center for Gerontology, is a Fellow of the Gerontological Society of America and the Association for Gerontology in Higher Education and currently serves on the editorial boards of the Journal of Applied Gerontology and Journal of Housing for the Elderly. He is Past National President of Sigma Phi Omega, Past President of the Association for Gerontology in Higher Education, and is Chair of the Commonwealth of Kentucky Institute on Aging. In February of 2010 he became one of only 241 faculty members since 1961 to receive a University of Kentucky Great Teacher award.

Dr. Rowles is an active member of the Southern Gerontological Society (SGS). He has served in various capacities such as nominating committee, two terms on board of directors, and SGS President 2005-2006. Through his writings, teaching, publications, research initiatives, conferences and testimony before state and national committees he challenges all disciplines to work to generate and apply knowledge to better serve urban and rural older adults and their care providers. He was recognized as a 2013 GRITS Honoree for his dedicated service to SGS and his commitment to gerontology through research, teaching, administration and advocacy.

In his personal life, Dr. Rowles is married to Dr. Ruth Anderson Rowles (Geographical Information Systems specialist with the Kentucky Public Service Commission). He has two children—a son, Darren who is an environmental lawyer residing in Atlanta and a daughter, Valerie, who works for an international relief agency and is based in Beirut, Lebanon. He is an active nationally licensed soccer coach, keeps tropic fish (currently 14 tanks), and is an avid gardener.