He attended the New School of Social Research, received his master's degree in sociology, obtained his PhD from Columbia University and then began teaching at Cornell University. He was a recipient of two Fulbright scholarships and completed research on aging in Denmark and Ireland. 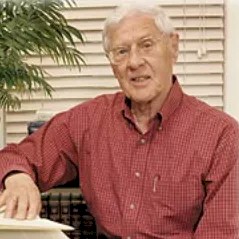 He was a prolific author of numerous books, articles, book chapters. He was a Fellow of the Gerontological Society of America, Social Science Editor for the Journal of Gerontology, served on Board of Directors of Andrus Foundation, and later awarded an honorary Doctor of Letters by Waterloo University, Ontario, Canada.

He was also instrumental in the development of Oak Hammock, a CCRC affiliated with the University of Florida. Dr. Streib and his wife Ruth were residents of Oak Hammock and were active participants in the residential community.

Mrs. Ruth Streib died just one day after he died. A family member said, "It was absolutely a blessing that they died so close together in time... because neither one would have wanted to go on without the other." His survivors include children, Nelson A. Streib, Larry Streib, Marshall G. Streib and Carol S. Nielsen and two grandchildren.