E. Douglas Beach, PhD became the Chief Executive Officer of Western Reserve Area Agency on Aging (WRAAA) in October 2014. He has had an extensive history of serving seniors in Florida prior to returning to Ohio to continue that work.

Dr. Beach was the former Executive Director of the Volusia County (Florida) Council on Aging and, prior to that, was the Secretary of the Florida Department of Elder Affairs under Governor Charlie Crist. Dr. Beach is a graduate of Kenyon College, Ohio State University, and North Carolina State University. 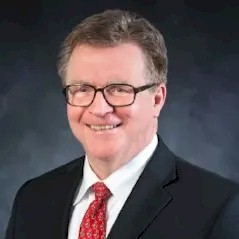 Dr. Beach chaired the SGS Awards for three years (2000-2003) before serving as President-Elect and then SGS President (2004-2005). During his Annual Meeting he inaugurated the first ever Presidential Address, which has now become an SGS institution. The title of his address was "An Area Agency on Aging Director Puts on his Economist's Hat: Linking Research and Practice," which connected his current role as an AAA Director with his past research. He was an SGS Applied Gerontologist Award recipient in 2006.